The interior design follows the concept used for all Stone Island stores created by Marc Buhre, the industrial designer from Heidelberg (Germany), and founder of the Zeichenweg TM architectural firm. Each element of the space has been created to combine fluidly in a highly functional design. 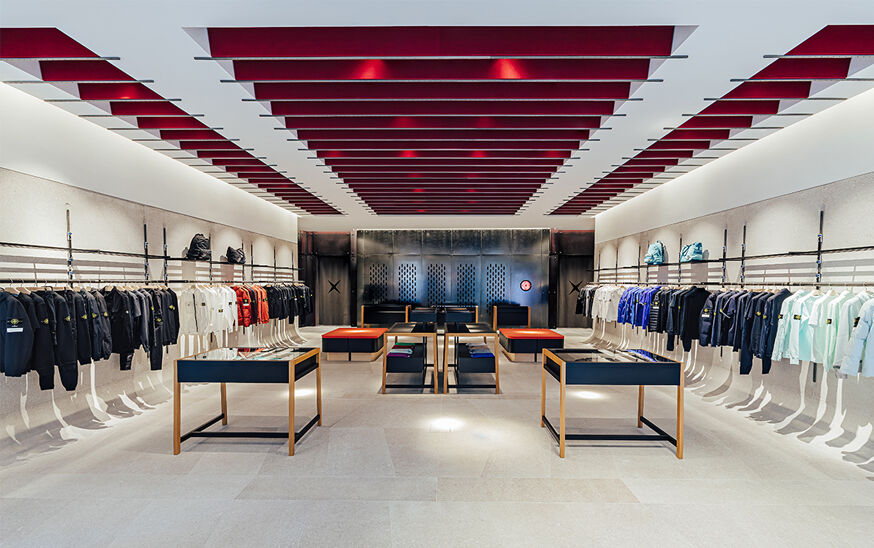 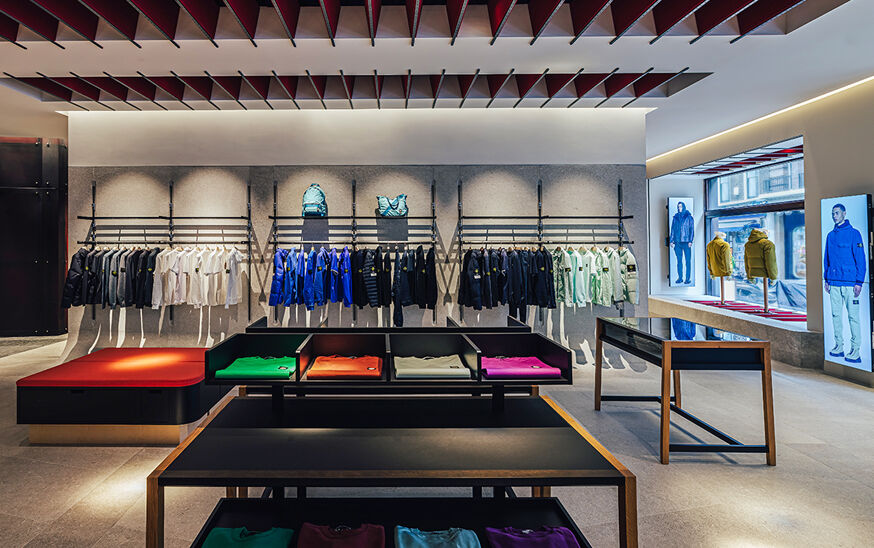 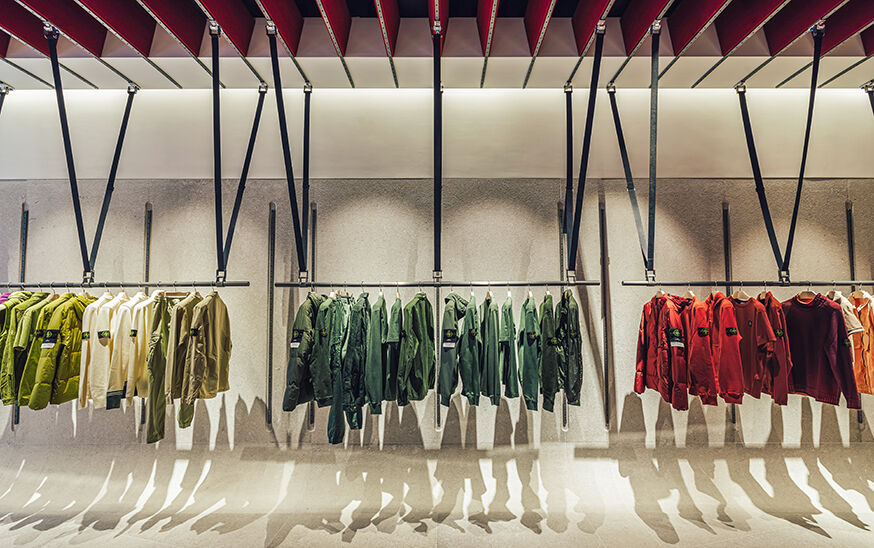 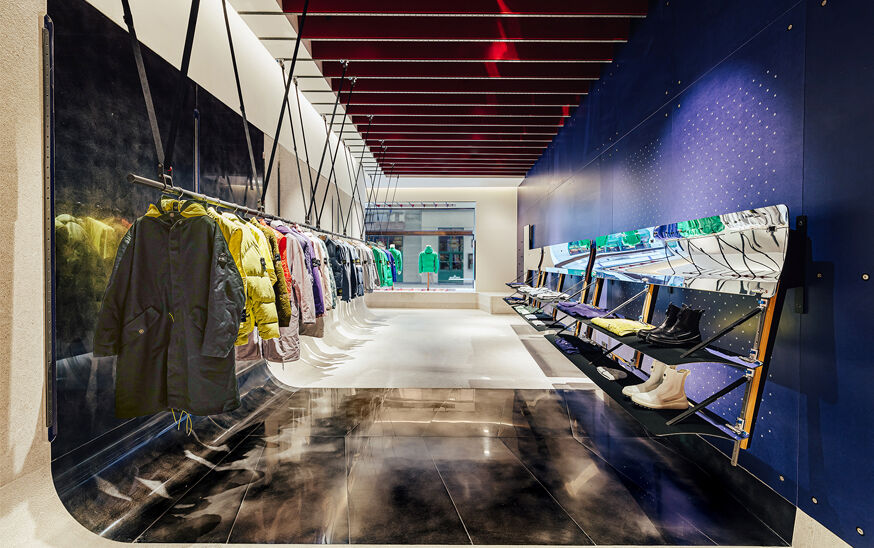 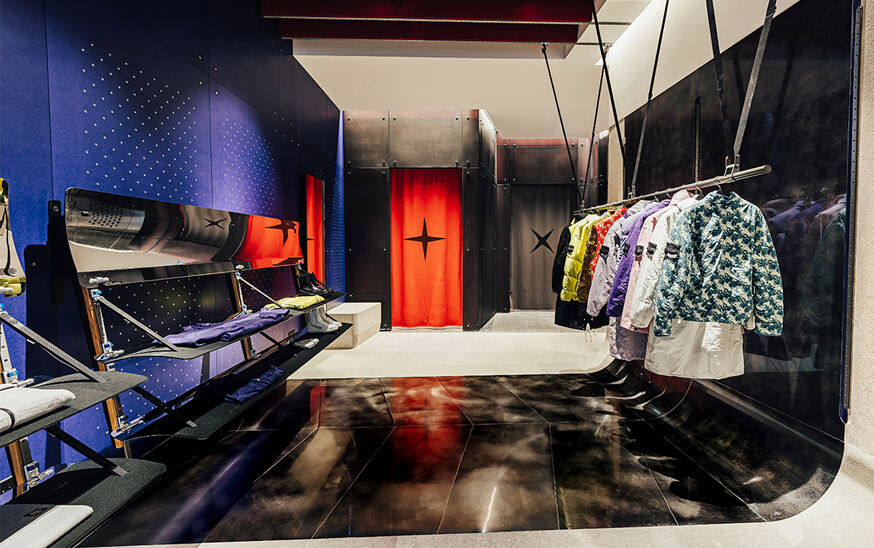