In April 1994, Supreme opened its doors on Lafayette Street in downtown Manhattan and became the home of New York City skate culture. At its core was the gang of rebellious young New York skaters and artists who became the store’s staff, crew and customers.

Supreme grew to be the embodiment of the downtown culture, playing an integral part in its constant regeneration. Skaters, punks, hip-hop heads – the young counter culture at large – all gravitated towards Supreme.
While it grew into a downtown institution, Supreme established itself as a brand known for its quality, style and authenticity.
Over its twenty years history, Supreme has worked with some of our generation’s most groundbreaking designers, artists, photographers and musicians – all who have helped continue to define its unique identity and attitude.
Stone Island has worked with Supreme on a collaboration for Autumn Winter ’014. It will consist of the Raso Gommato Cover Nero Jacket, a group of fleeces and a Supreme camp cap. The Raso Gommato Cover Nero Jacket is an updated version of a Stone Island archive piece of ‘988, carrying a removable eye mask on the stow away hood. It is made in the iconic Stone Island Raso Gommato, a garment dyed, wind and water-resistant cotton satin bonded to a polyurethane coating, featuring a removable garment dyed down liner. The hooded sweatshirt, crewneck sweatshirt and sweatpant feature a garment dyed cotton fleece carrying the Supreme print. All items have been made by Stone Island for Supreme. The camp cap is made by Supreme in Raso Gommato.
The pieces will be available from October the 2nd in Stone Island Flagship* and on our online store, in Usa and Canada and in selected European countries. On sale in Japan and South Korea from October the 4th. They will be available – at the same time – as well as in the Supreme shops and online store. 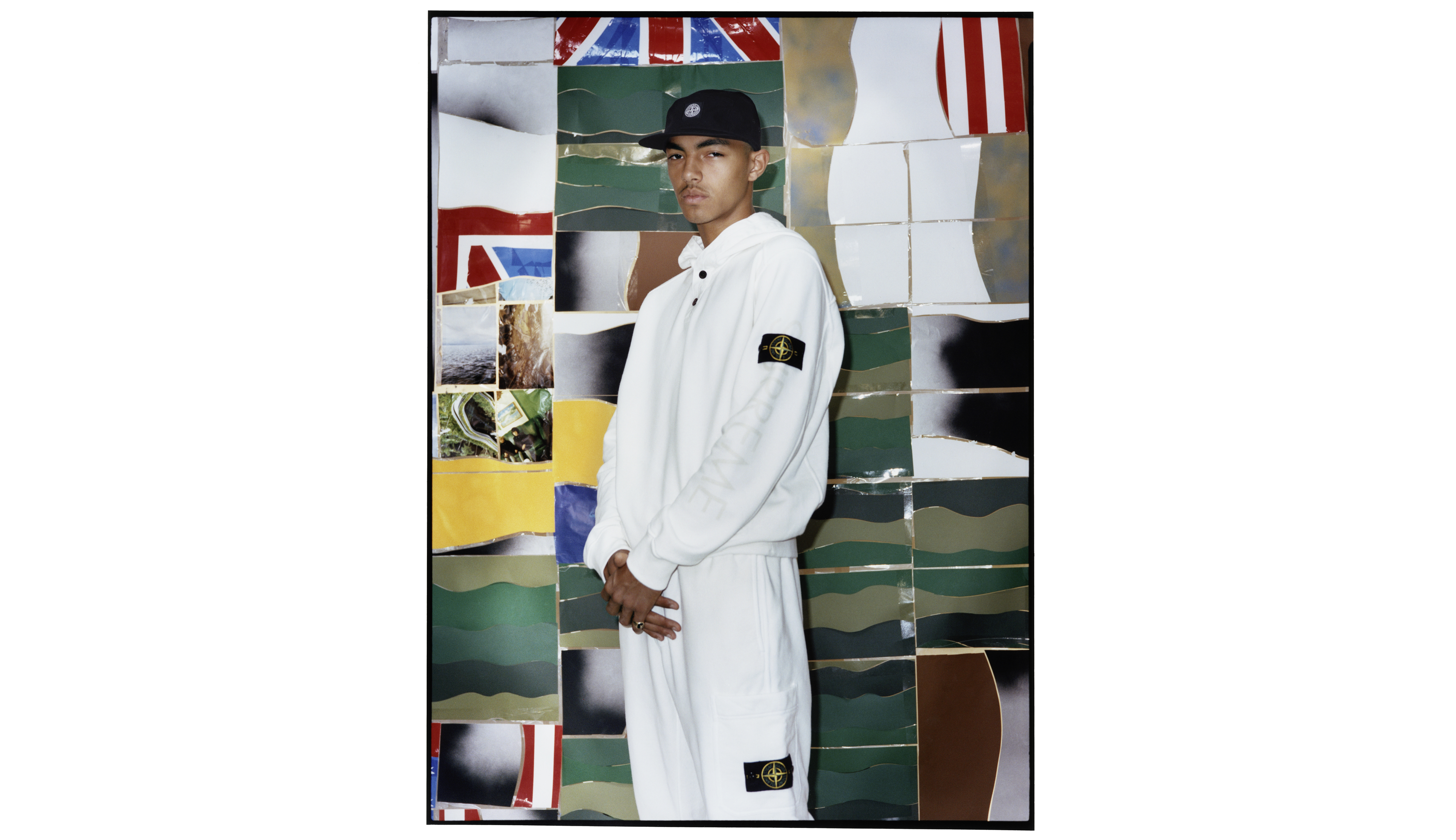 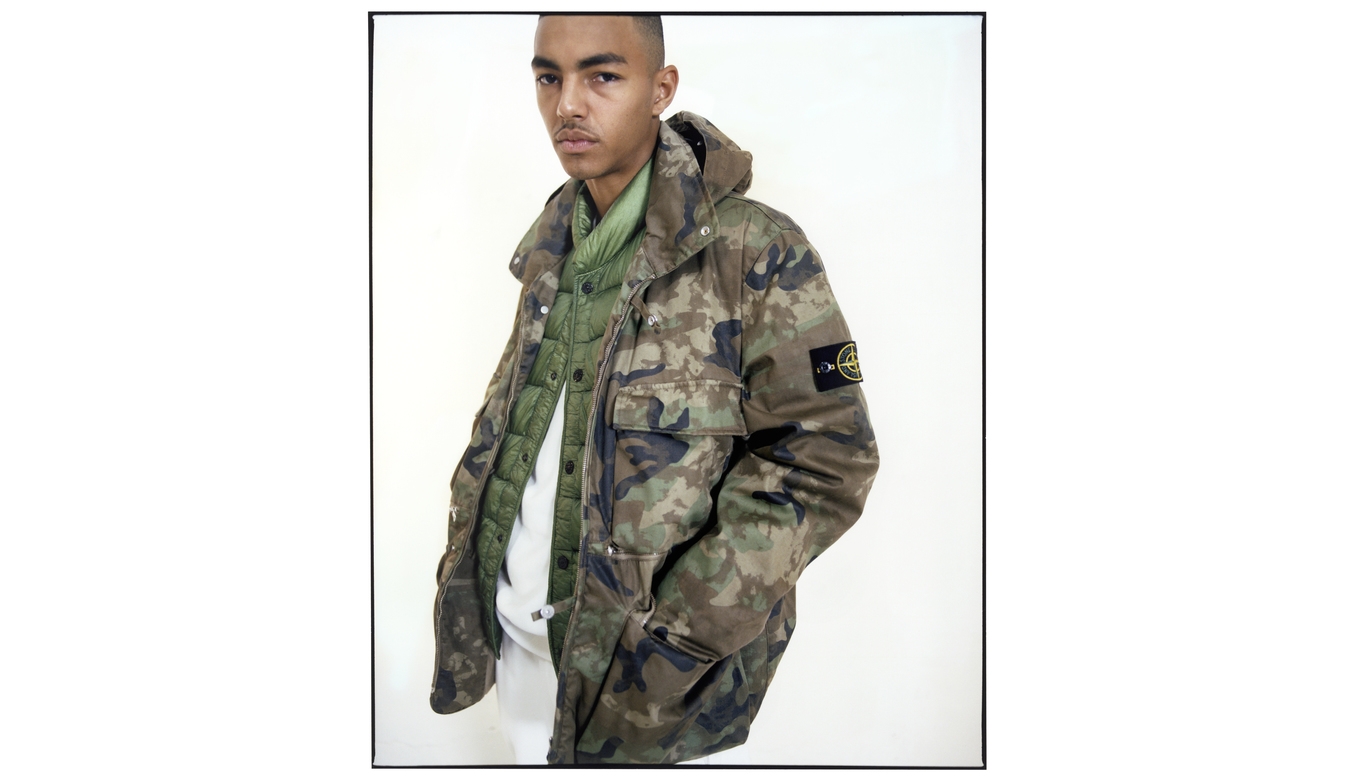 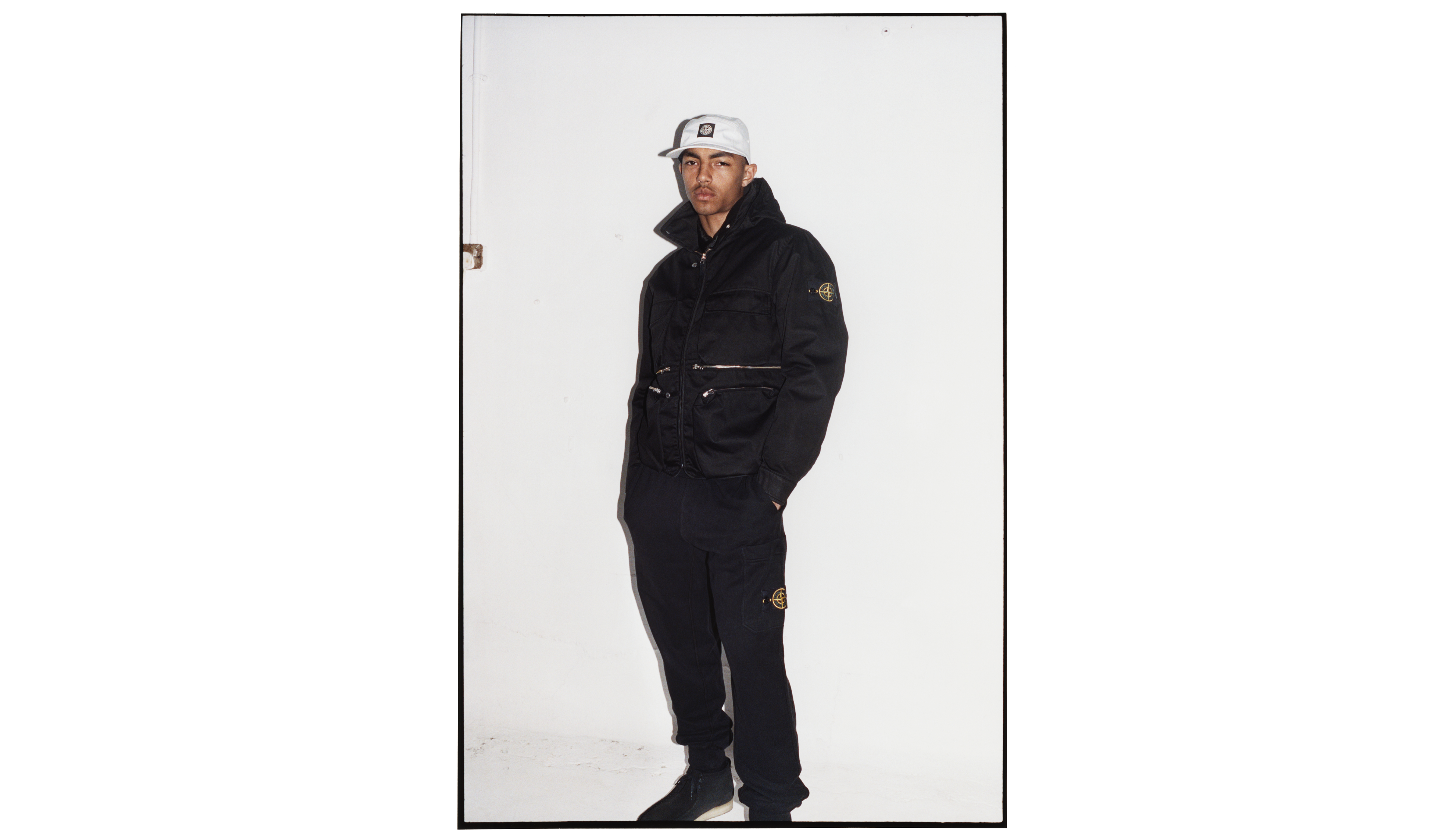 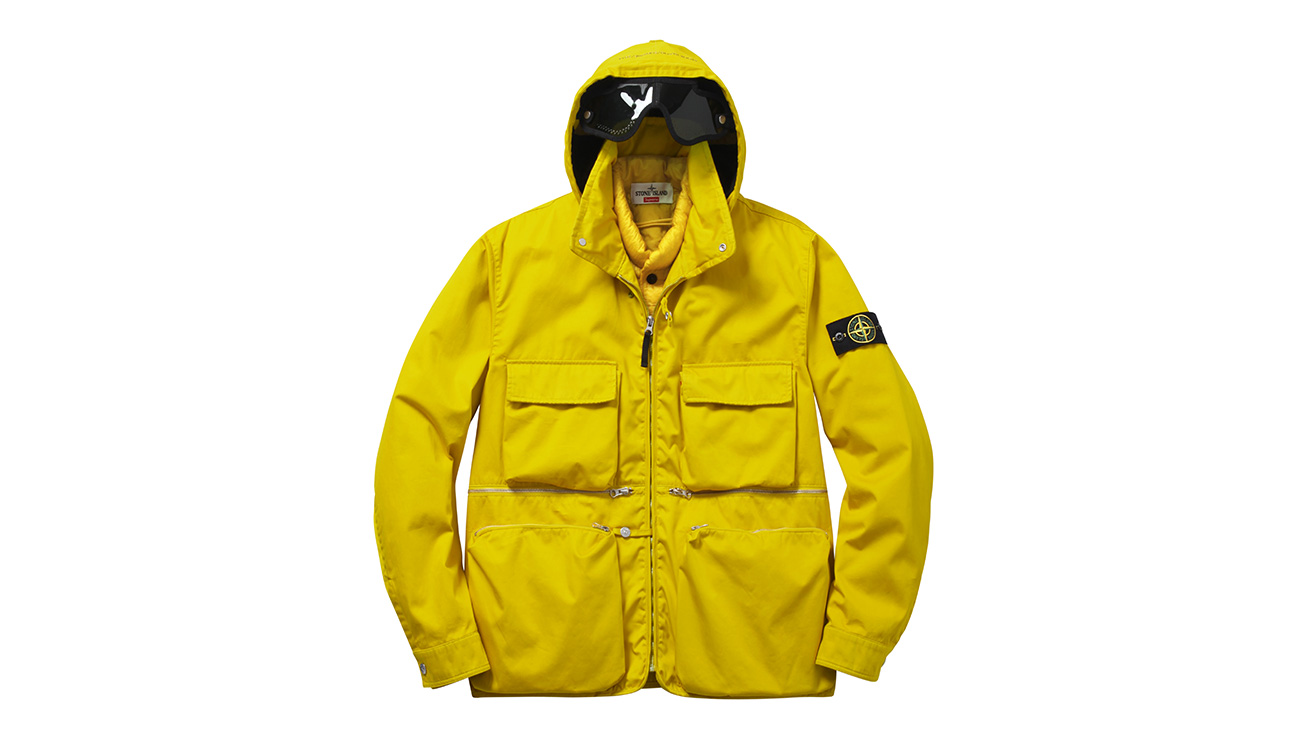 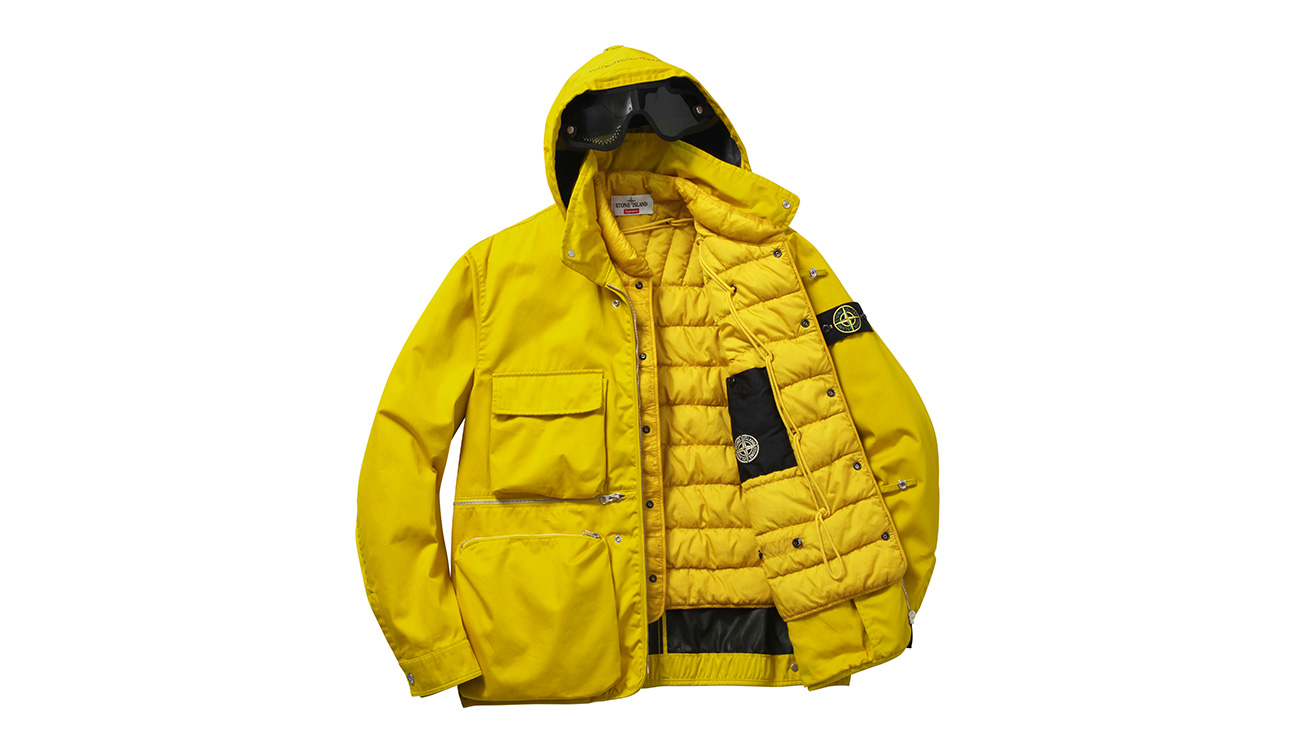 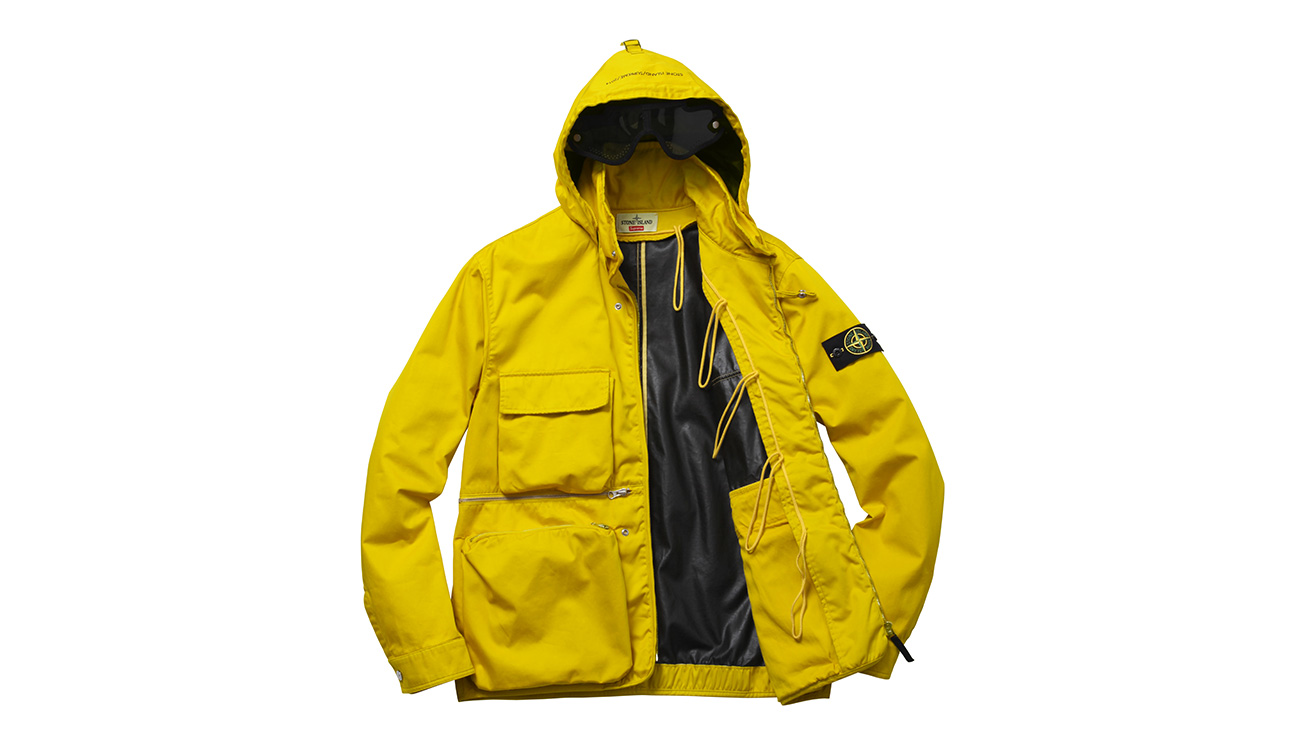 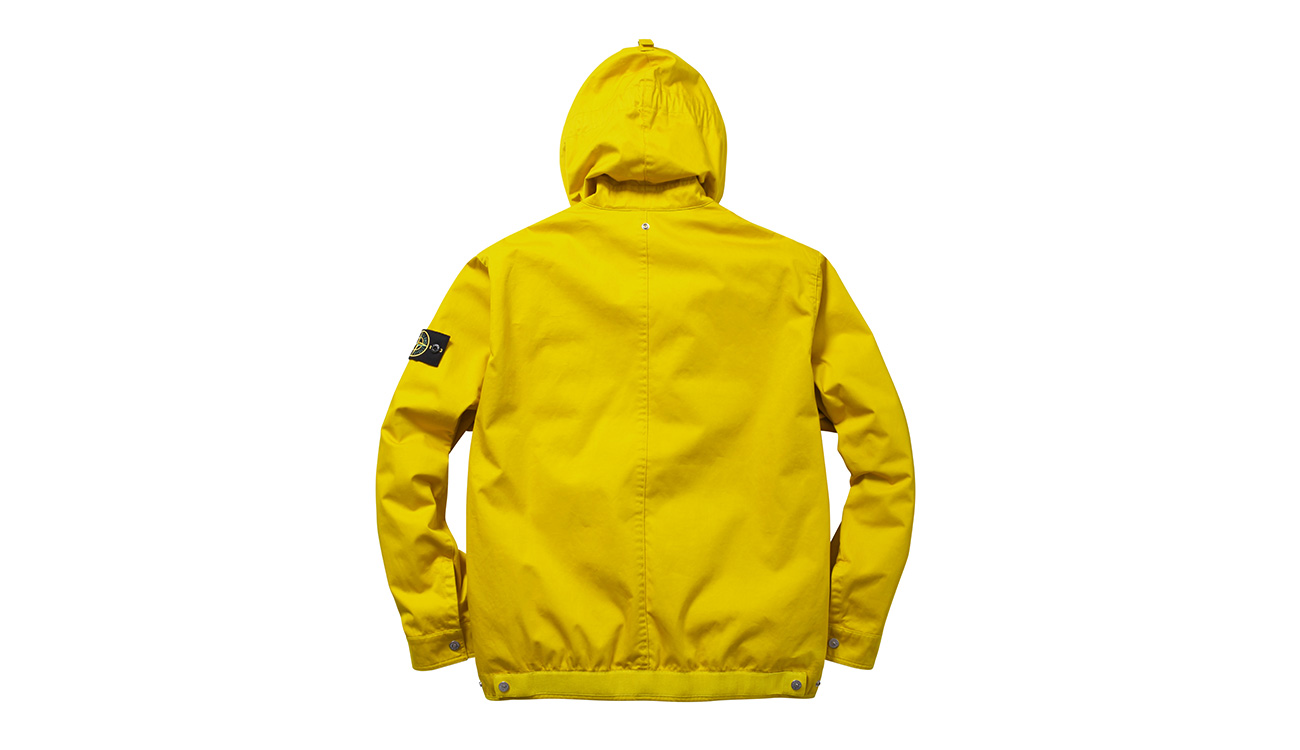 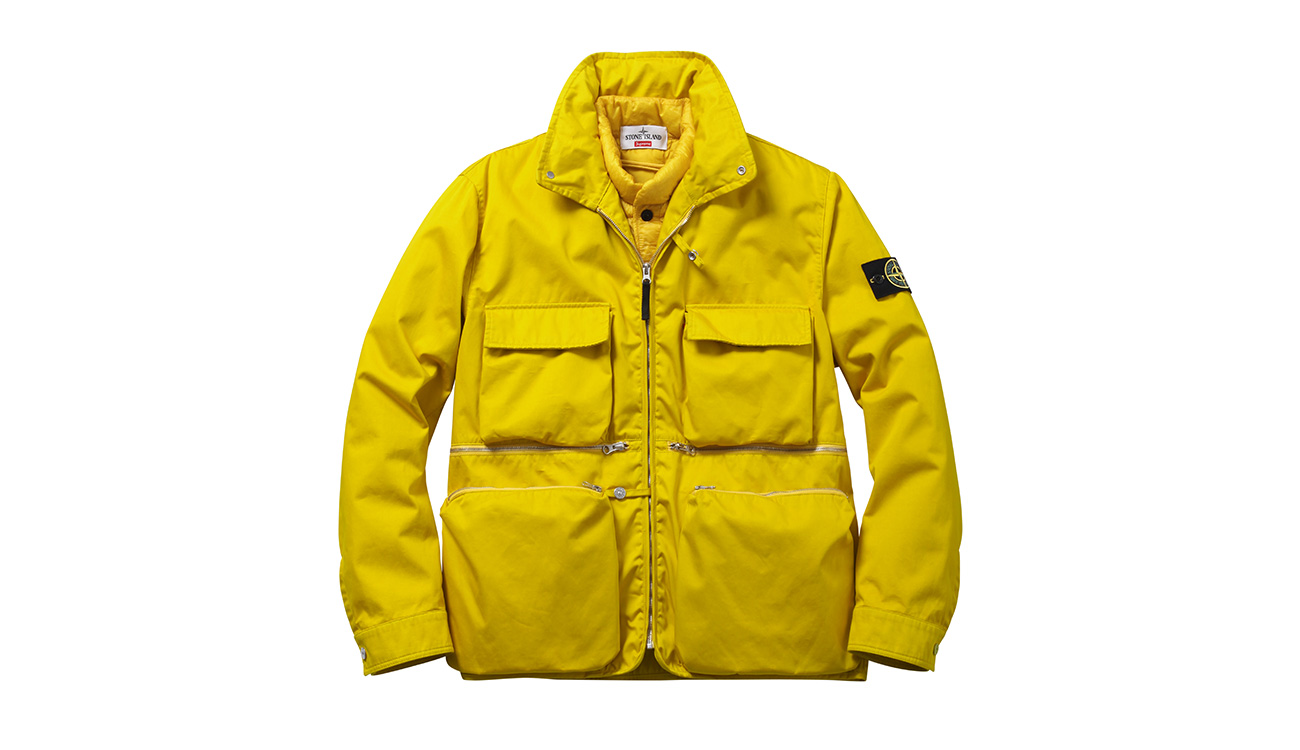 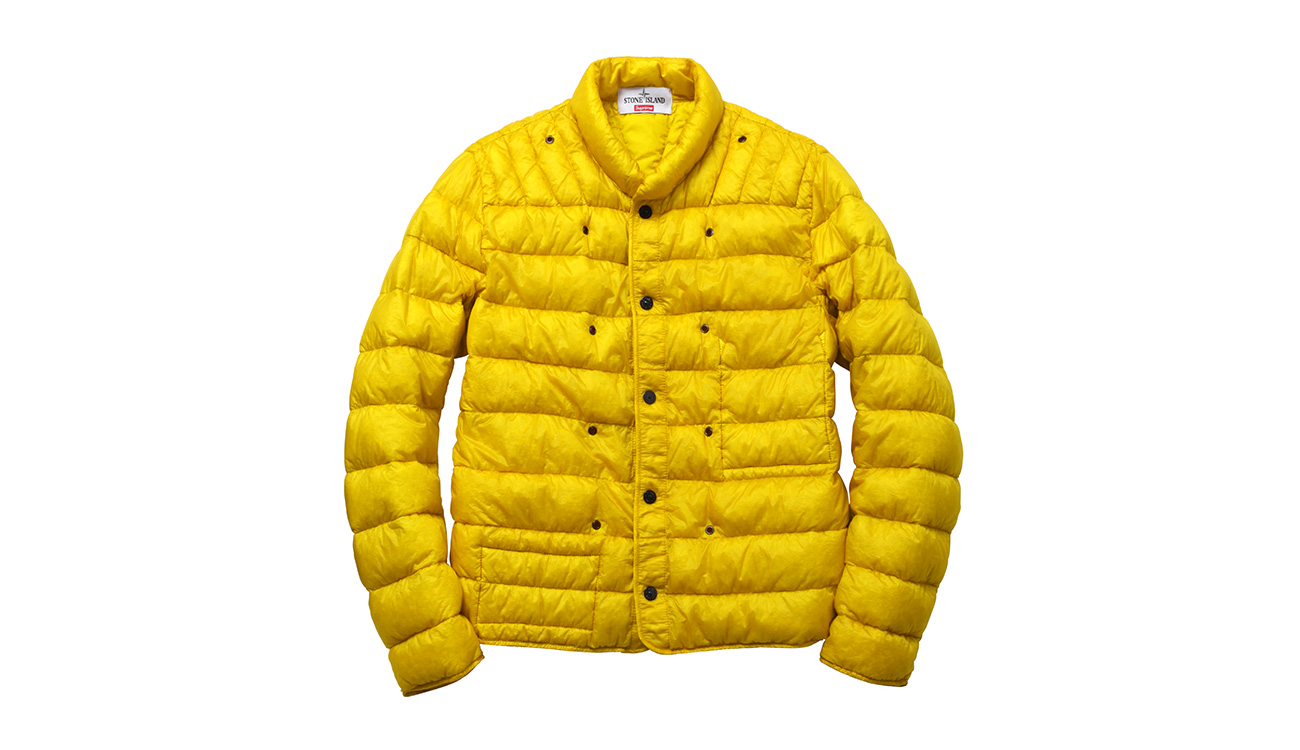 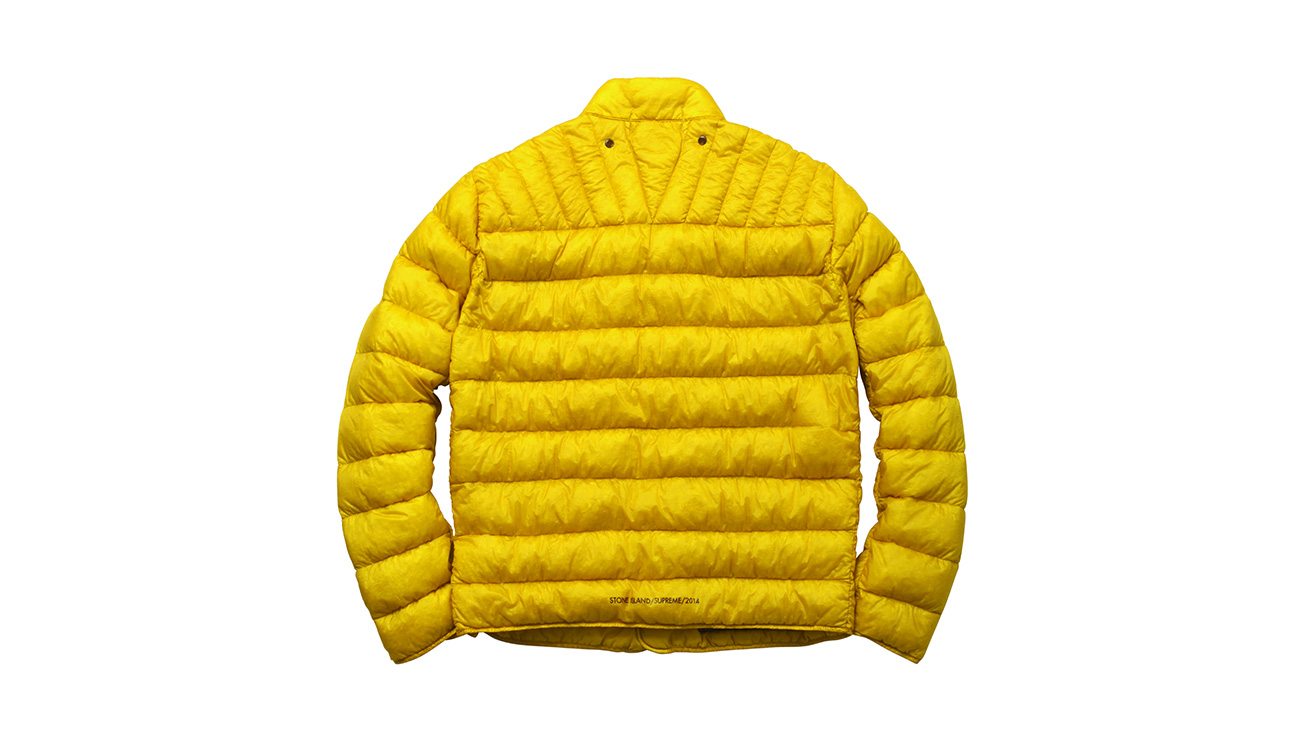 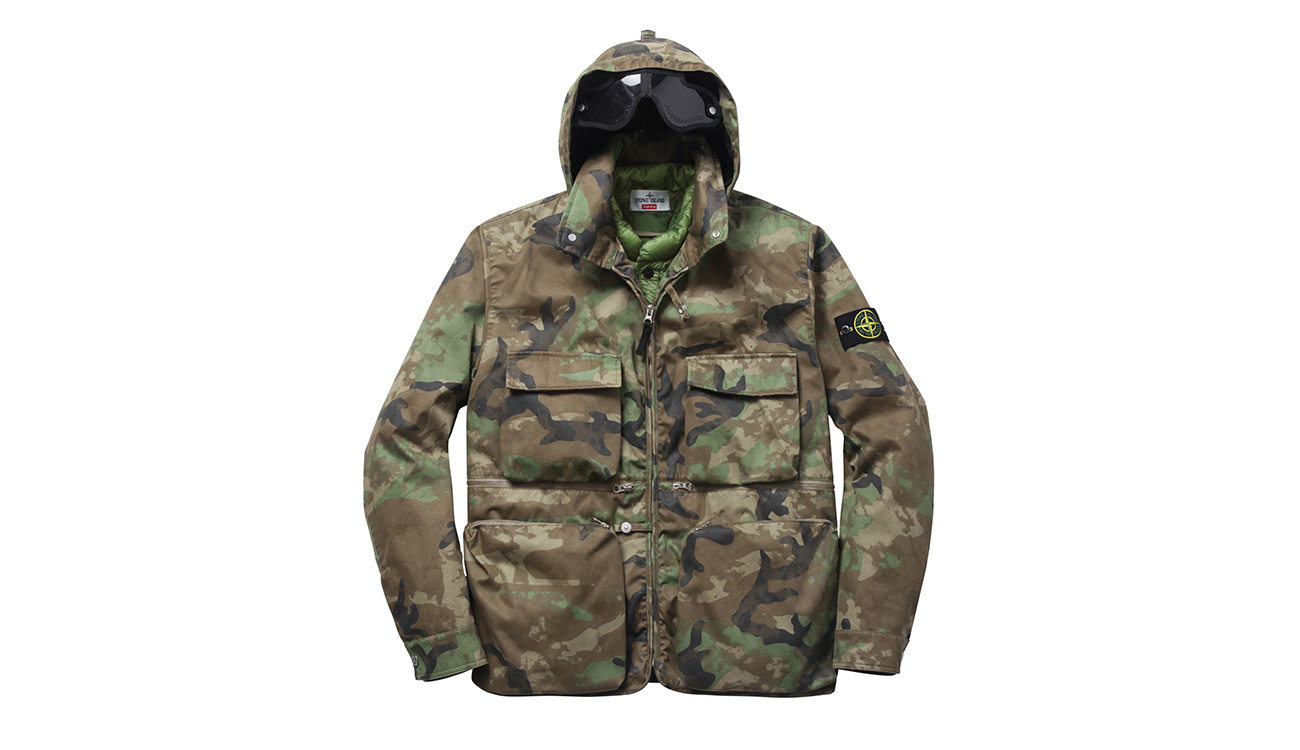 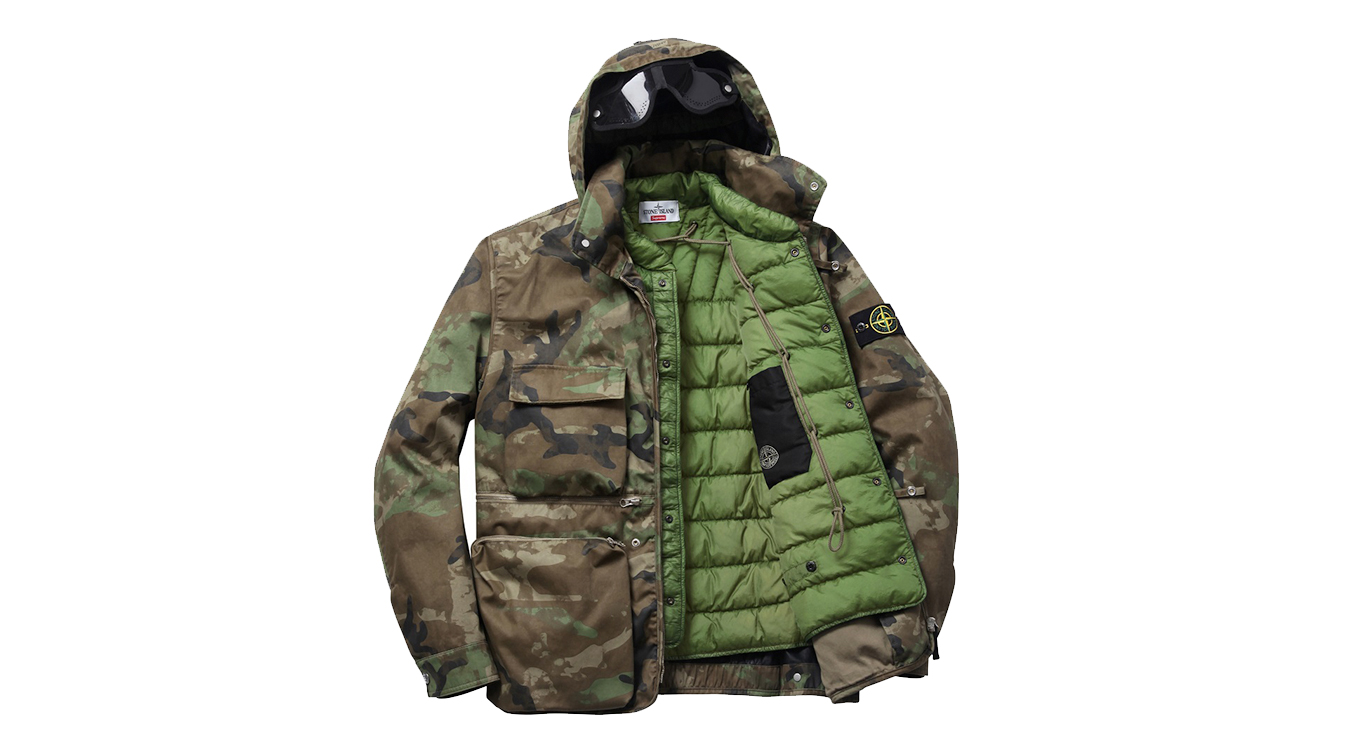 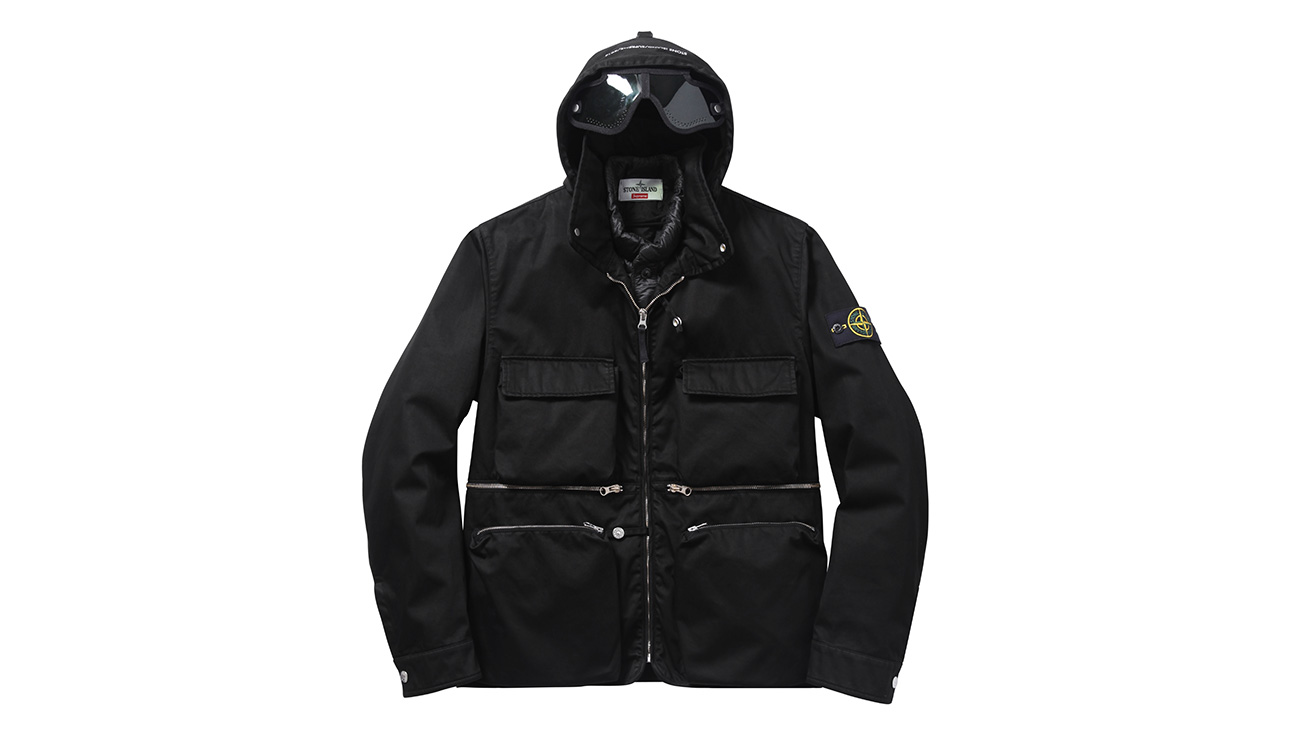 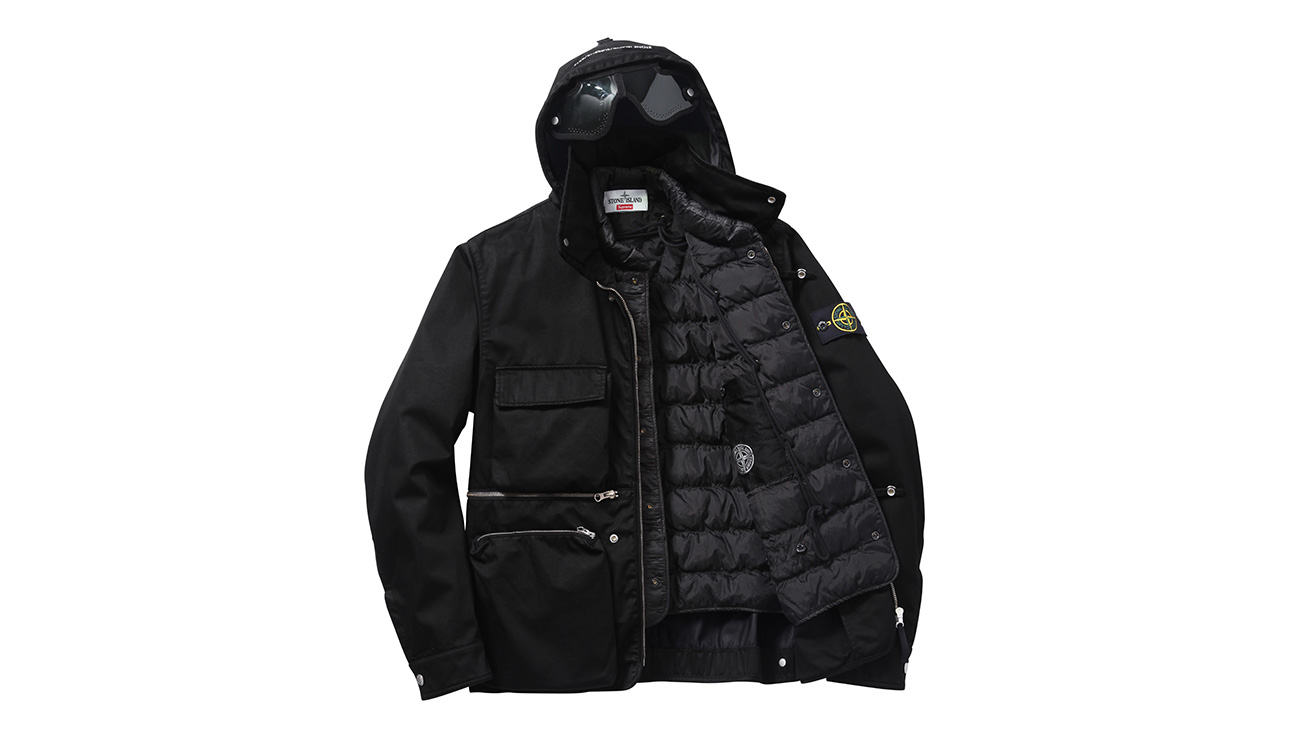 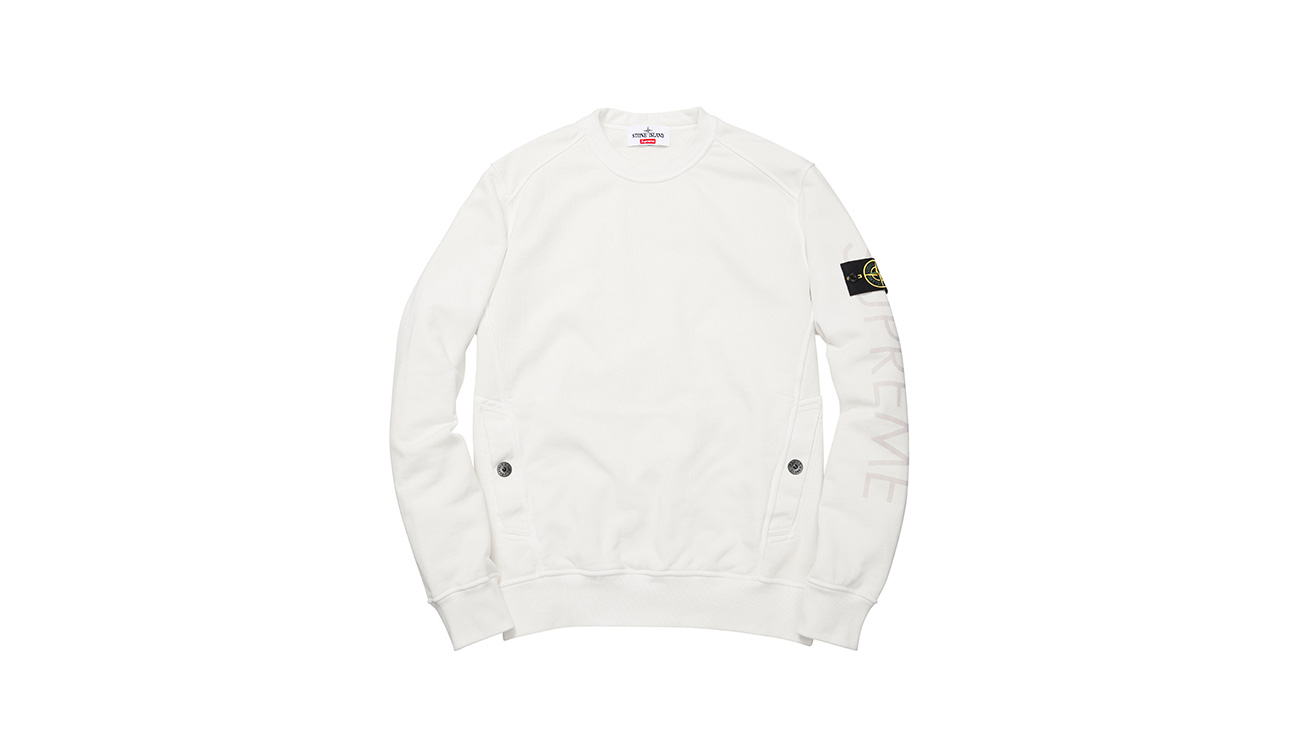 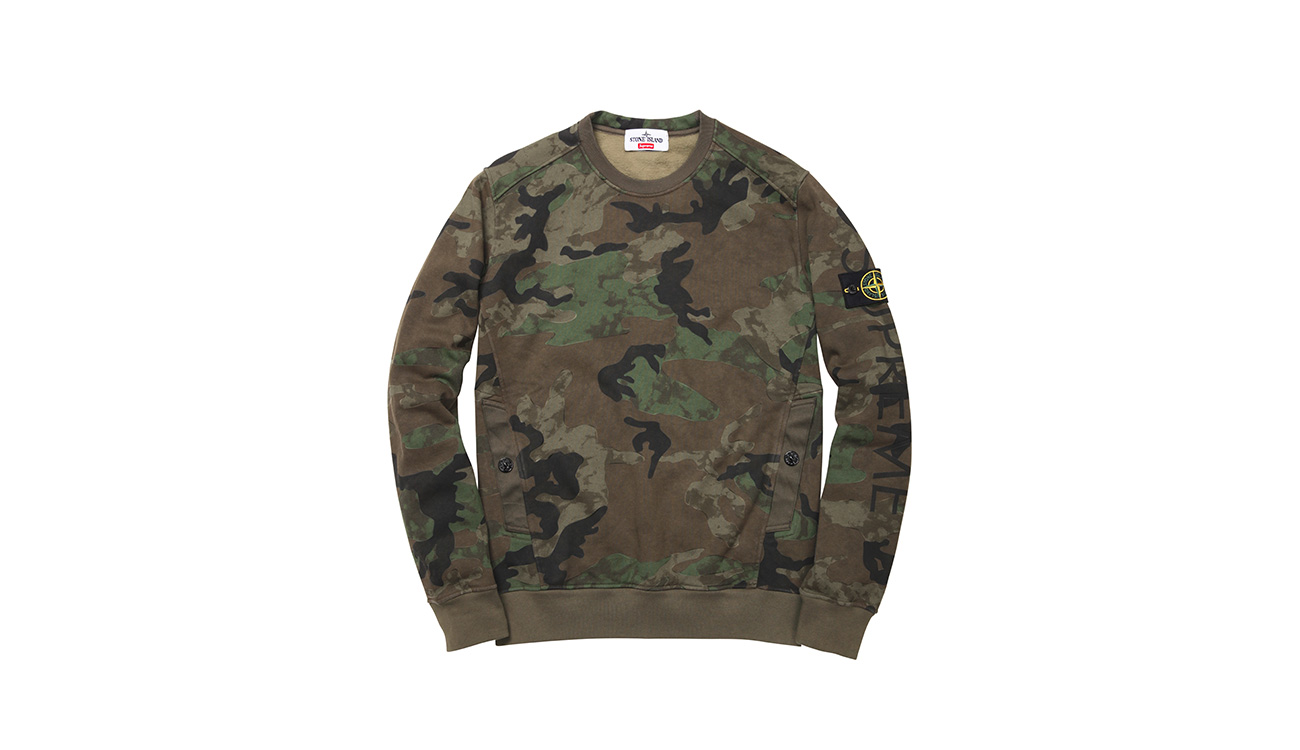 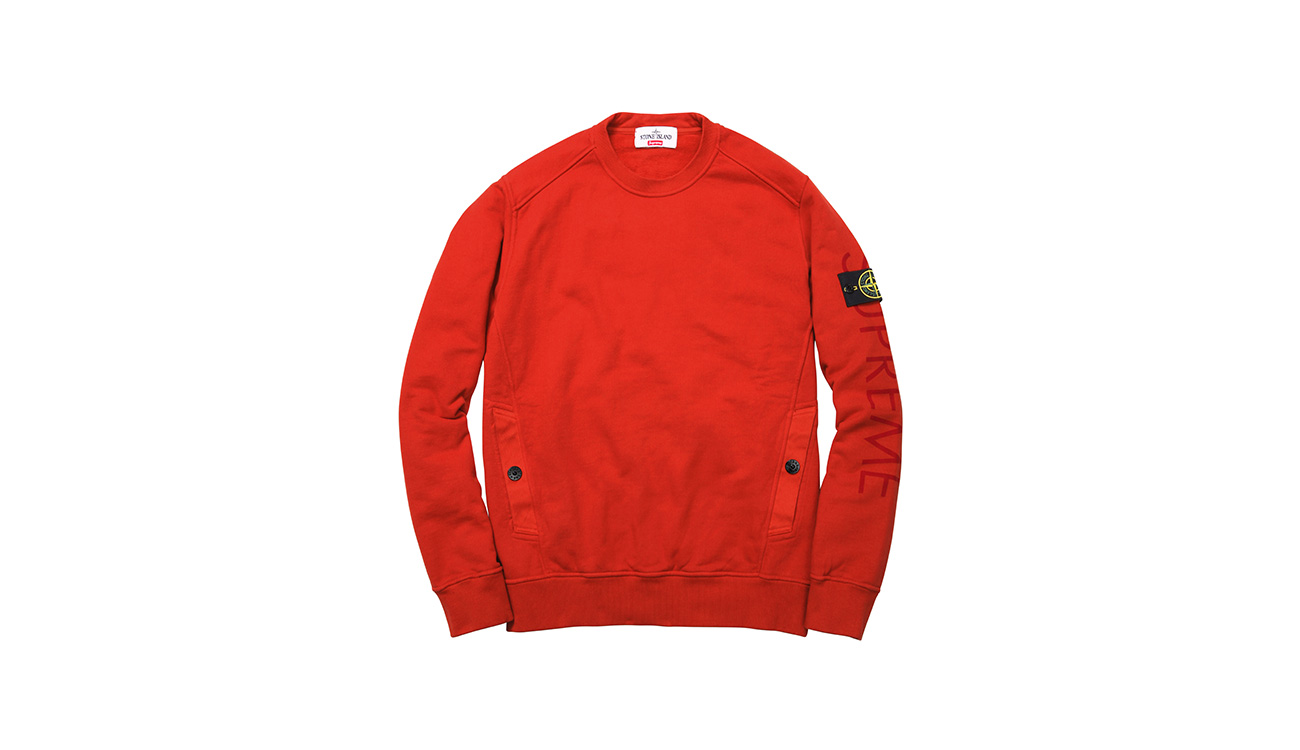 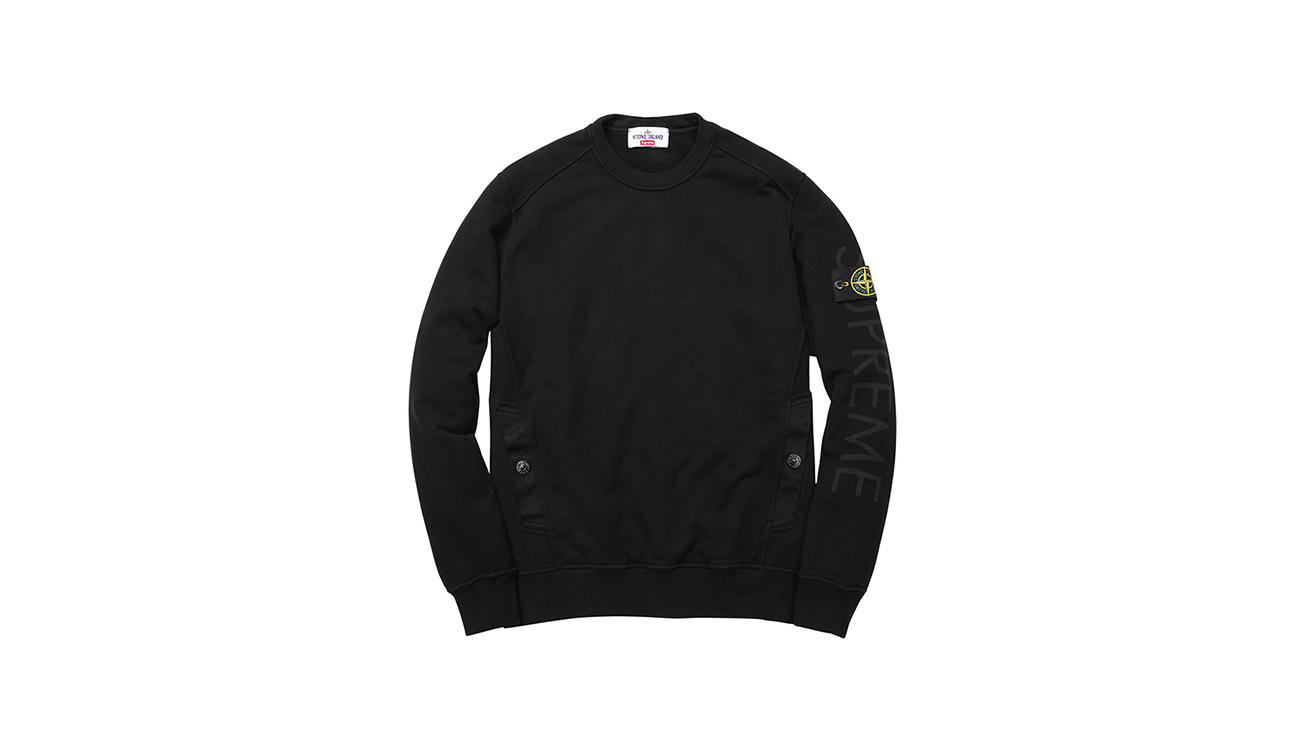 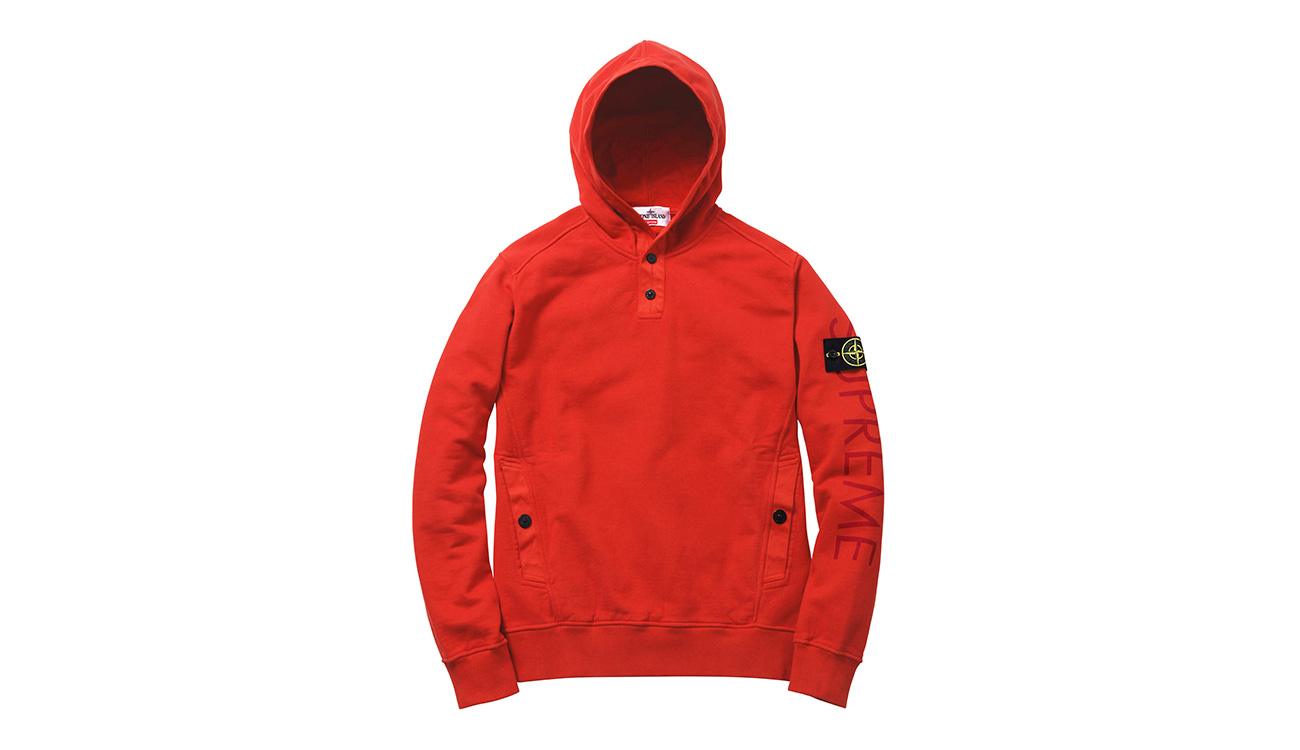 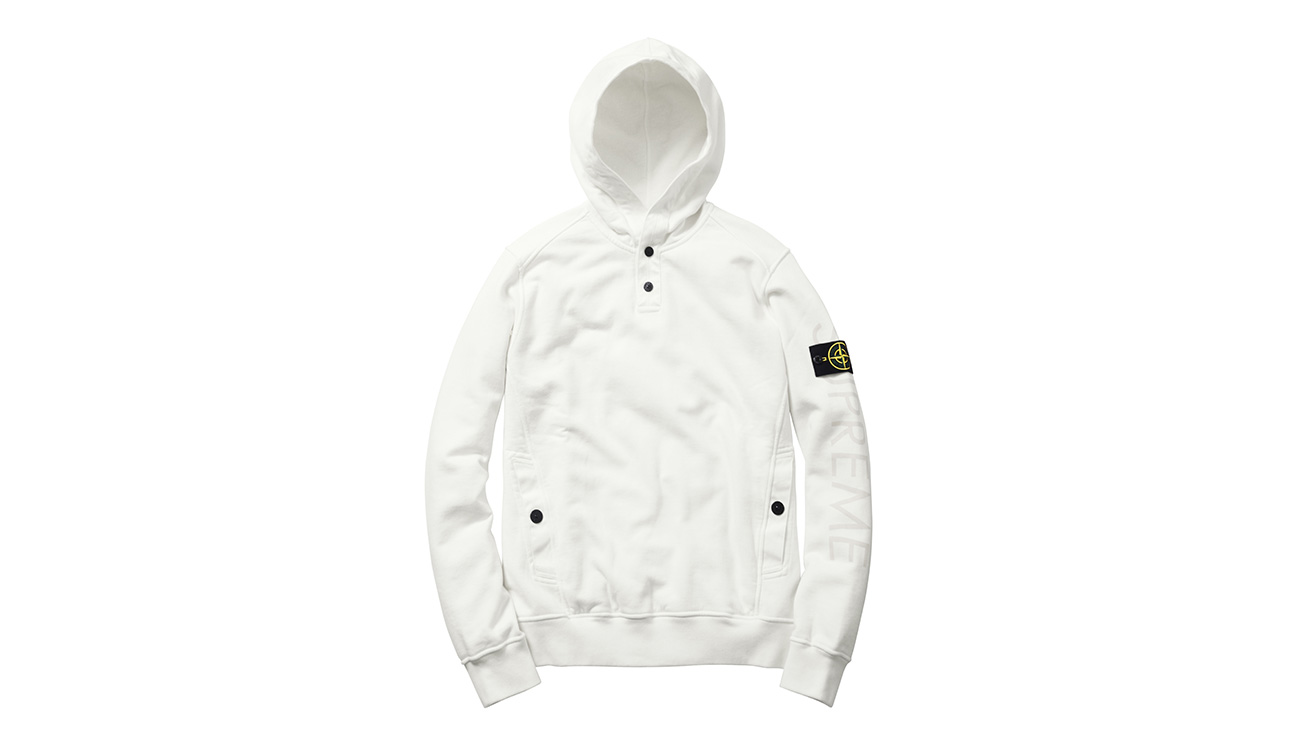 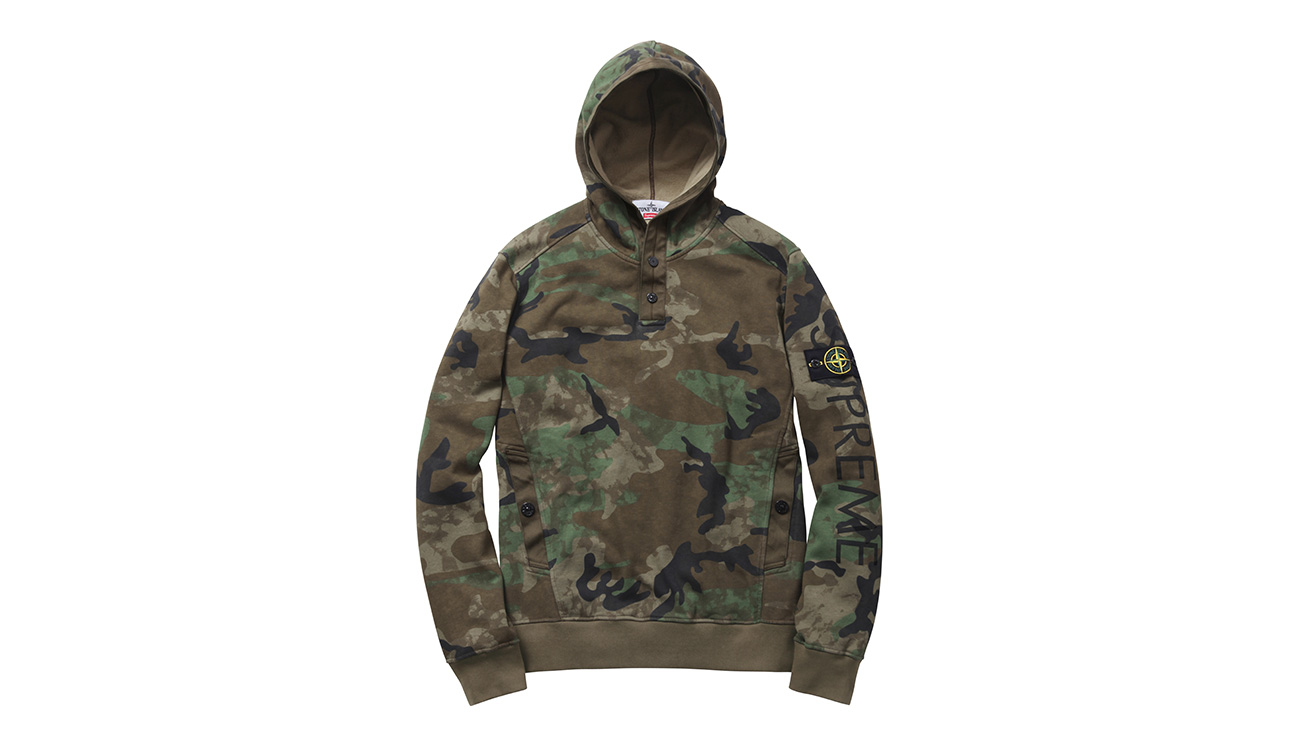 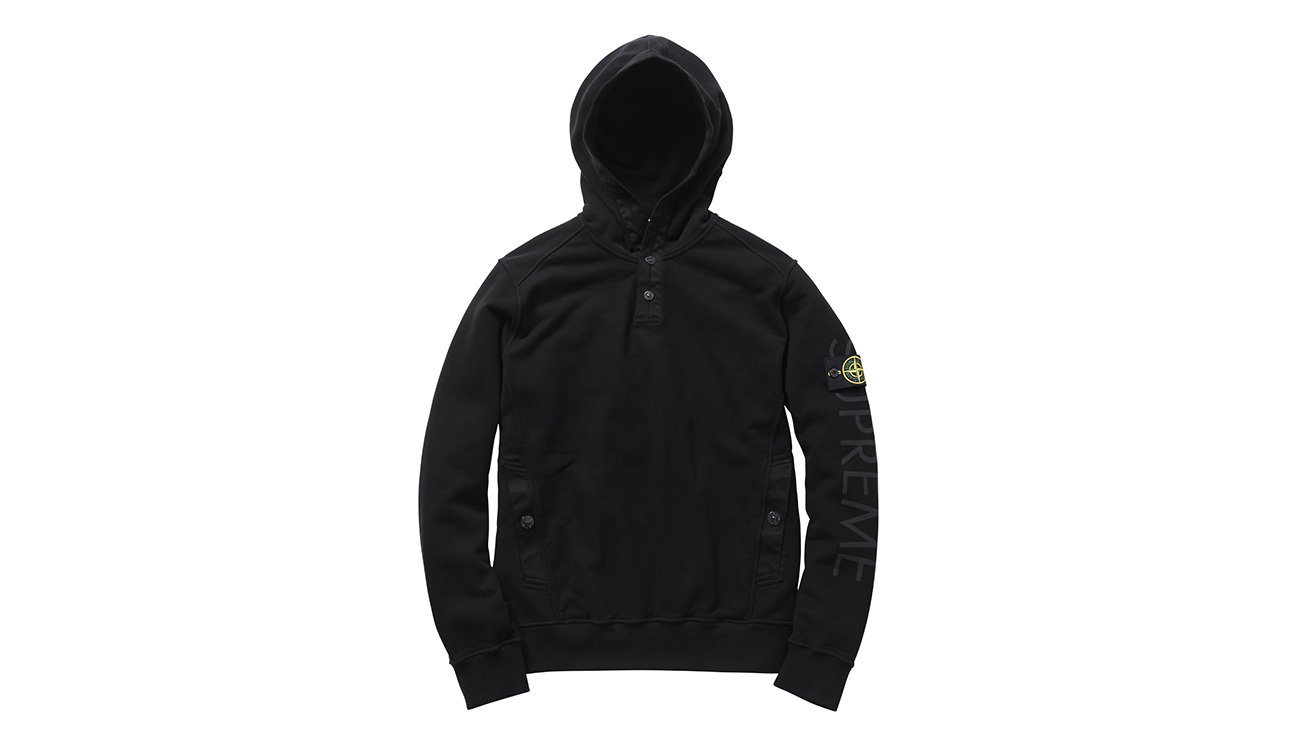 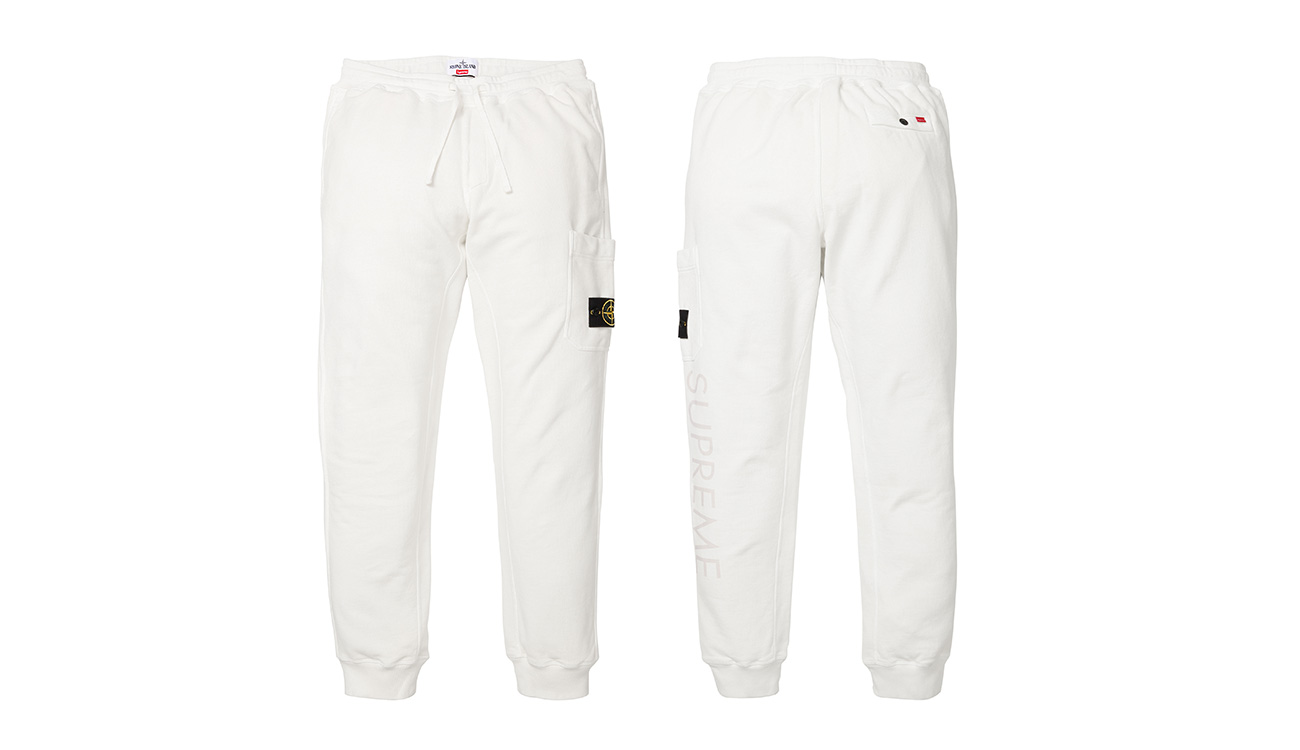 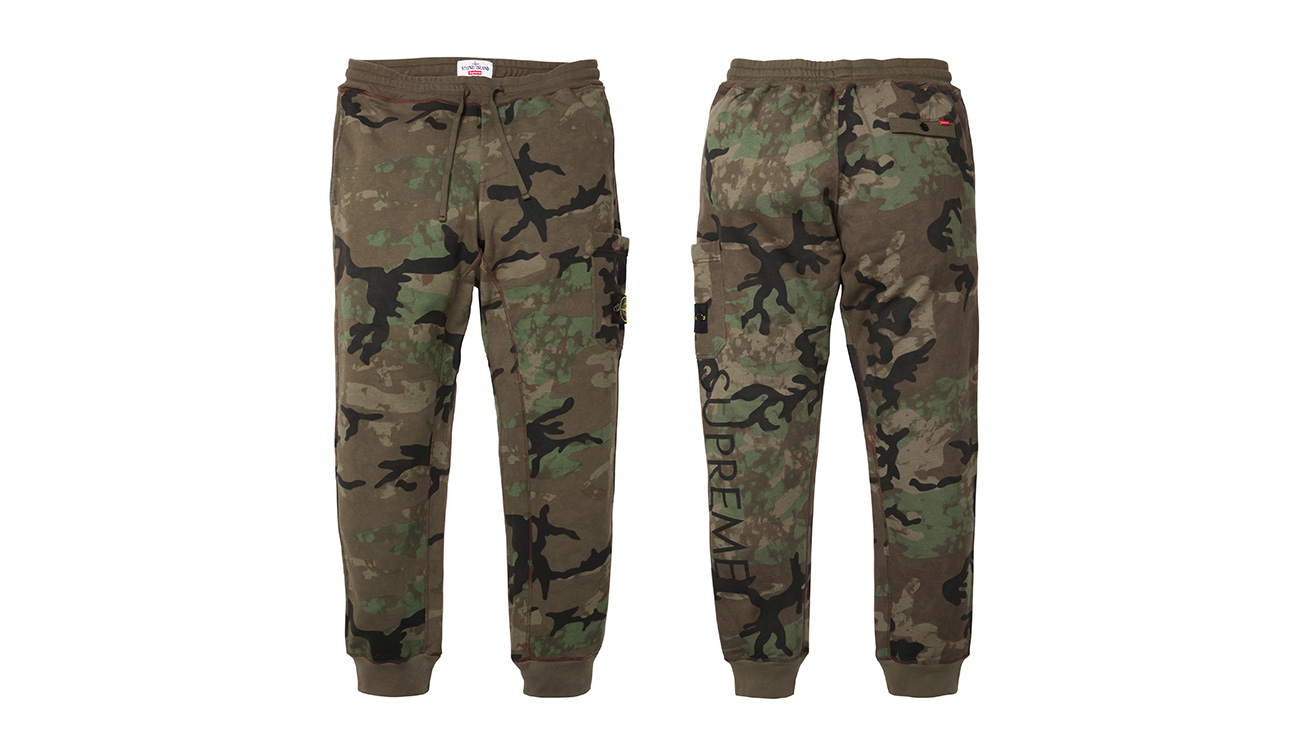 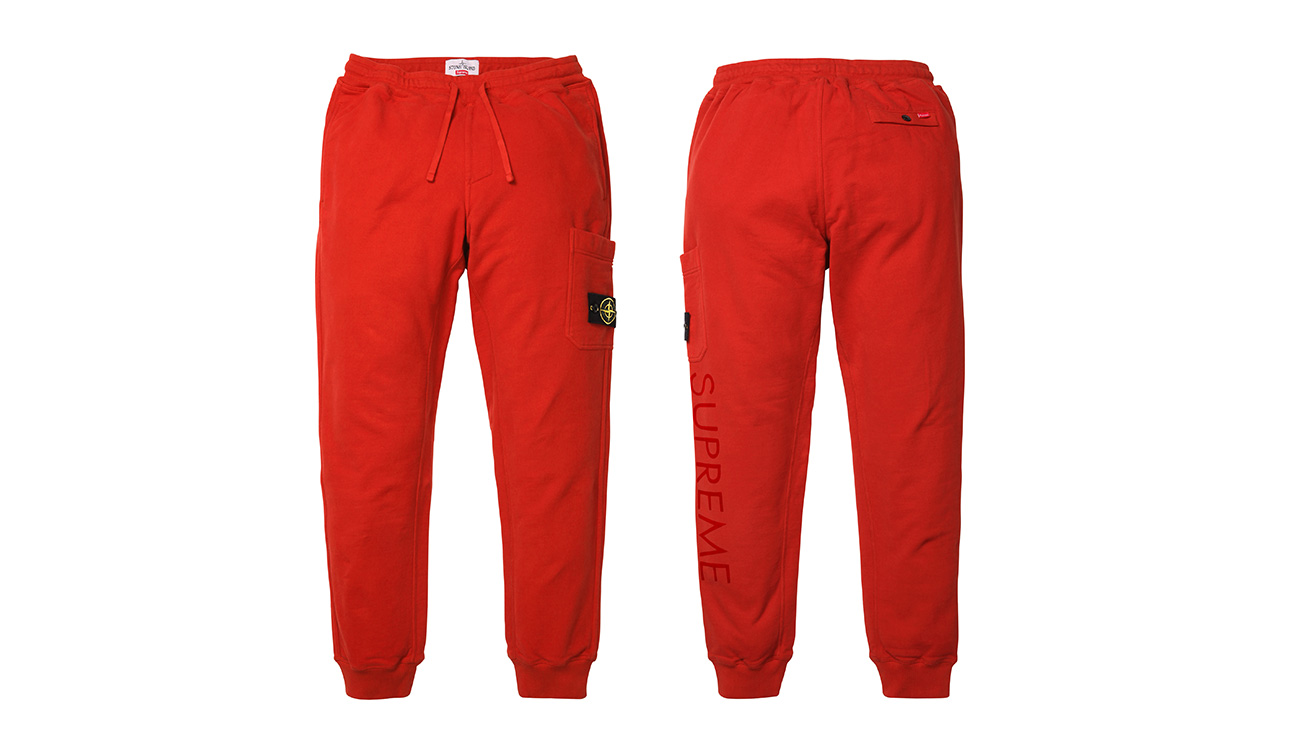 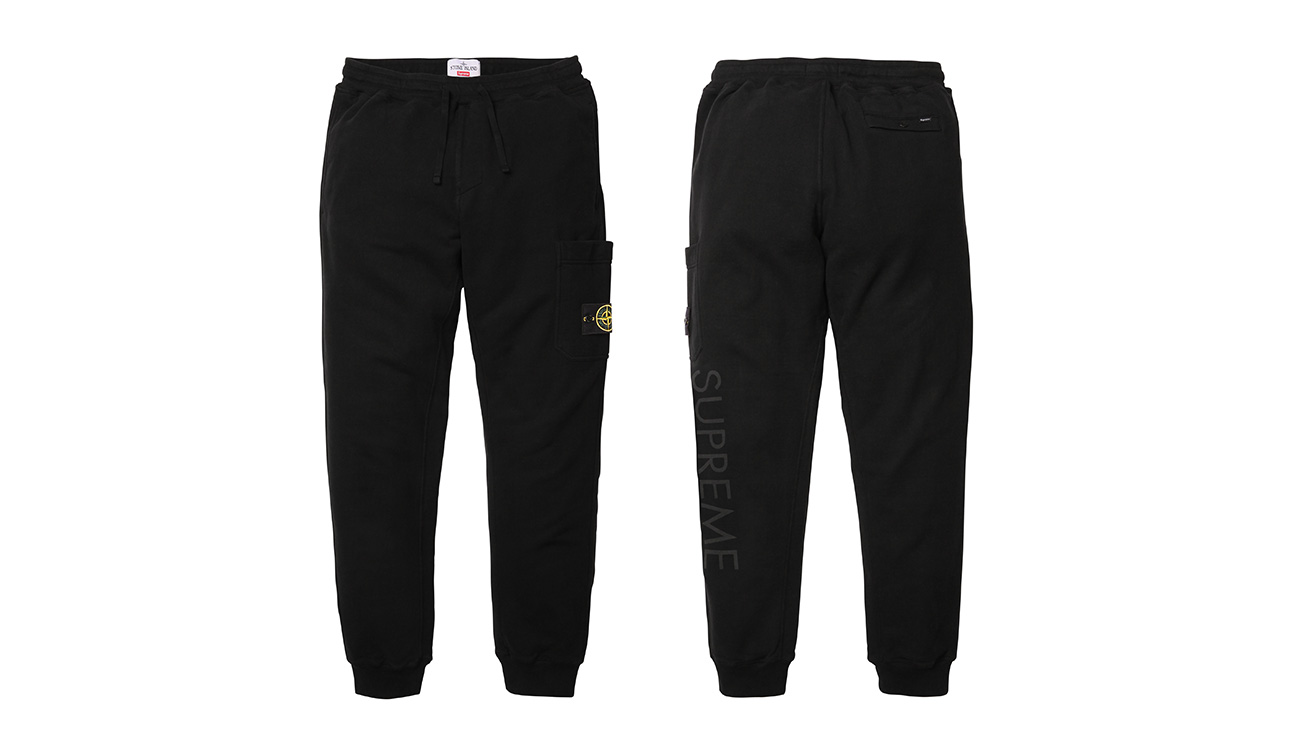 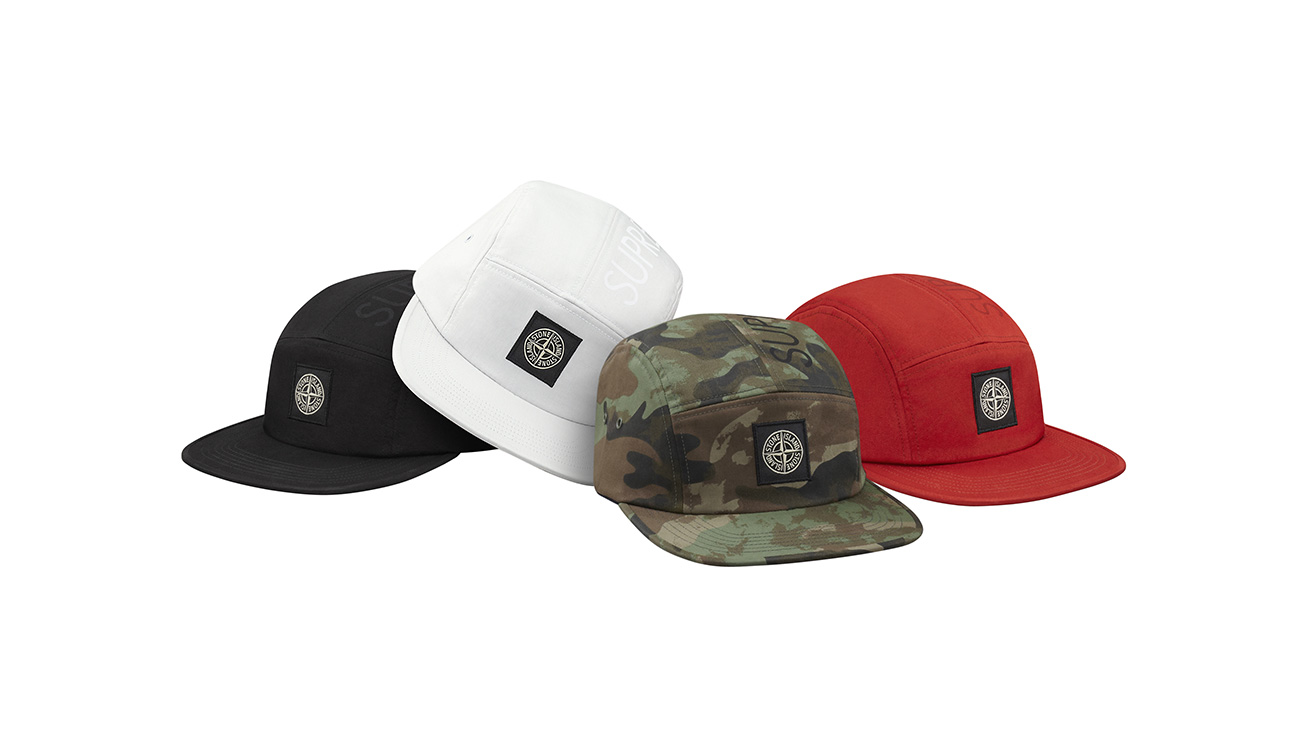